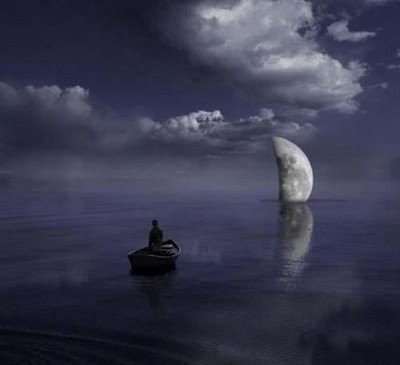 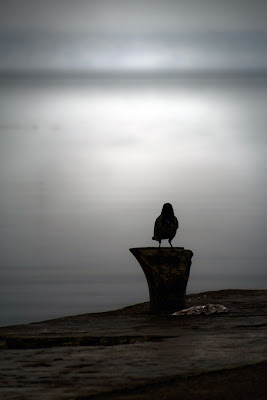 ....this suddenly foreign someone in black....

The following talk (slightly condensed) was given [in 1984] at the Saint Herman Winter Pilgrimage in Redding, California. 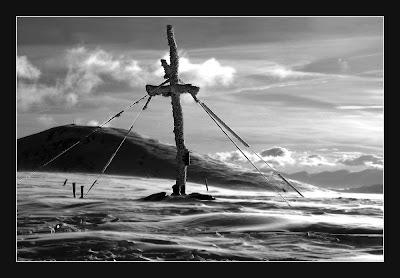 I should like to ask you to think of something you may not have considered before, How would you feel if your son or daughter expressed the desire to enter a monastery? You may be Orthodox, and very devout; you may he diligent in attending services and reading spiritual books; you may have tried your best to raise your children in an Orthodox manner; you may even admire monasticism. Nonetheless, how would you really feel?

We live in a time and society quite different from Greece and Holy Russia, where monasticism was a visible and acceptable part of life. It was not uncommon for entire families to make pilgrimages to monasteries. Few people today, however, have any significant exposure to monasticism and it is little wonder that in our un-Orthodox and even anti-Christian society, the very thought of one’s child becoming a monastic can seem very threatening. 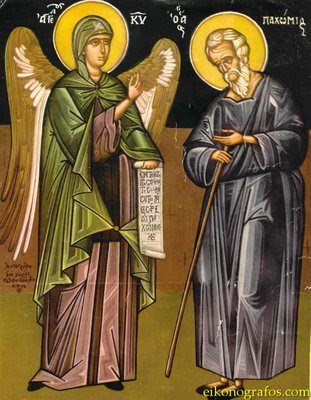 There are a number of reasons one can give for such a reaction. Lack of familiarity breeds fear. Not a few people imagine monasticism to be very grim and even inhuman. They may envision their child locked behind a grating and subsisting for the rest of his or her life on bread and water. The other extreme is an equally- erroneous view of a romanticized spiritual state in which the child spends his days floating above the ground in an exalted state of endless holiness. In both cases it is imagined that entering a monastery presupposes leaving behind the human race. The reality of the monastic life is a far cry from either of these extremes. Your son or daughter—who is always late, leaves socks and soda bottles everywhere and is generally infuriating–will not turn into an instant anchorite. Anyone who leaves the world for the monastery brings all of his weaknesses and defects with him. He may learn to overcome some of them; others he will have until bodies, In any case, if your child becomes a monastic, he or she will not be living without human warmth and human relationships, and in spite of everything, you will still recognize them as being one of your own progeny.

Whatever your initial reaction to the issue of monasticism and your child, it depends to a great extent on how you as a parent view the Orthodox family and your position as an Orthodox individual in the contemporary secular world. Surrounded as we are by worldly standards and a materialist culture, we forget that Christ calls all of His followers to separate themselves from the world: Be not of this world. This is the trumpet call of monasticism. With this understanding, you should be more ready to peacefully acquiesce to the son or daughter who has found it in his heart to answer this call by taking upon himself the monastic yoke.

We are, however, the unfortunate products of our fallen nature, and it is rare that even a pious Orthodox parent is thrilled to hear that their offspring desires to enter a monastery. More often there arise some very strong reactions in the heart which, however innocent and well-intentioned, are nonetheless aspects of our fallen emotional and psychological nature – and a sad reflection of our un-Orthodox background and environment. With this in mind we can examine some of the emotional responses which this issue so often evokes.

Verbally, the various emotions stem from the pivotal question, “Why?” Why does anyone leave the world to enter a monastery? If the reason is legitimate, it is because in spite of all his failings and weaknesses, your child loves God more than anyone or anything in the world–more than the life you helped shape him for, more than his automobile, more than the school to which you were going to send him, more than his family… And here the very natural feeling of jealousy arises. As parents you may endeavor to replace God as being central in your child’s affections and persuade him to forsake monasticism, If you succeed, you will only make the child unhappy, and if you fail, you’ re going to feel very hurt. 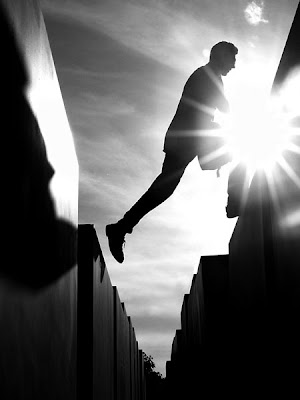 Secondly. you may feel estranged or shut out from your child’s life. If your daughter goes to a monastery, and it’s a life you have not shared, you may feel you can’t relate to her. If she married, even if she moved a thousand miles away, you would very likely feel that you were still more a part of her life than if she became a nun and lived 50 miles away. A married daughter would still need advice on how to cope with the children’ s illnesses or how to manage a tight budget. On the other hand, if she were in a convent, you could hardly give her advice on how to do Matins, and even if you are Orthodox, you might feel emotionally adrift and very awkward with this suddenly foreign someone in black whose life is so different from your own. Then there is also the fact that most parents look forward to being grandparents, this is a big issue, especially with mothers.

You may feel threatened. You spend your whole life nurturing the well-being of your children: you feed them and worry over them; you help them to discover their abilities and you encourage them to develop their talents. Perhaps your son is a natural musician or your daughter a born lawyer, and you spend your life supporting them–emotionally and financially–and preparing them to be successful in the world. And after all these years of effort and anxiety, they suddenly decide they want no part of it, they don’t want the world, nor the life that you envisioned for them. This can be a very threatening and painful revelation. Very often parents feel that in rejecting the world, their child is also rejecting them. This is not necessarily true at all, but this feeling sparks most of the disputes between parents and their children over the issue of monasticism. Here also parents may feel they have failed in some way in their raising of the child, that he or she should choose such an “aberrant” path in life. This is also a painful thought.

The rather heated emotions which may arise over the issue of monasticism and one’s child frequently result in a barrage of reproaches. The following examples are not in the least hypothetical; they come from a list of actual remarks made by real mothers and fathers, some of whom consider themselves to be devout Orthodox. Their responses illumine the essence of the dispute as it is felt in the heart of those who are Orthodox and yet live in the world. They’ve said that we are not taking responsibility for ourselves; that we are just leaning on someone else so as to avoid having to make our own decisions. They say that if we love our neighbor we should be working to improve society and not dropping out of it into some euphoric dream. We often hear that monasticism is mere ostentation, some kind of fake spirituality: “Why don’t you stick it out in the world like the rest of us, where you have to deal with real life and real problems?” They say monasticism is selfish, egocentric, it divides and ruins the family; monasticism is “financially unstable”: What about your future security? Why don’t you just get a good job and send them all the money?…

While these remarks are quite varied, there is a common denominator, and that is worldliness. They are all rooted in a very worldly orientation. It is the complete and absolute rejection of this perspective on the part of the monastic aspirant which often makes the dispute between parents and child so violent, Although perhaps unconscious, the parents’ message underlying all this is: Conform yourself to the world; fit in; get a secure job; settle down; do what everyone else does…; spirituality is fine, but there’s no need to be extreme. We have already seen, however, that Christianity is otherworldly; by its very notate it is extreme: if you lose your life you shall gain it; if you try to hang onto it you will lose it; God became man that men might become gods. What could be more extreme? 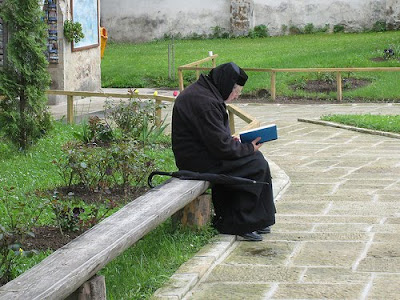 Orthodoxy is the means by which we ascend unto God, through surrendering our own ego and self-will. Orthodoxy means war–against one’s fallen nature, against the devil, and against the world. This applies to all Orthodox Christians. Even those who live in the world–who have children and hold jobs–are required to keep themselves in some sense apart from the world. And there can be no compromise. The world is not and cannot be our home, and whether we choose to marry Christ or an earthly spouse, we can in no sense marry’ the world. We see, however, that it is precisely this desire–to have both God and the world–that is at the rooter the conflict evoked by the child’s entrance into monasticism. Experiencing their own reaction to the child’s rejection of the world may make the parents realize, perhaps as never before, their own attachment to the world, and how unwilling they are to sever themselves from the values and desires of the anti-Christian society in which they live.

It is especially difficult to struggle against the accepted view of the family which in this country has received a pseudo-religious status; youngsters are often all but worshipped as gods by their parents who see them as fulfilling their own egos. This is not Orthodox; it is, in fact, very destructive of our Orthodoxy which teaches that children are not the possession of their mothers and fathers: they are not playthings of their parents’ imaginations. Children are given by God for a time that they may be raised up in the knowledge of Him, and after that He summons them as He will. The duty of parents is not to prepare children to settle comfortably in the world, but to shepherd their souls, to prepare them to battle against the fallen world. Those who choose to fight in the front lines are those who hear the monastic calling. If your child wants to enlist in that war, he will swear before God and man that despite his sinfulness and frailties that overwhelm him at every hour of the day, he cannot find rest apart from God. 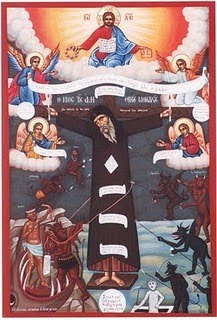 If such is the inclination of your child, do not hold him back, however logical your reasons For wanting to do so may be. If the desire for monasticism is simply a fanciful notion, they will find out soon enough, and nothing will be harmed by their trying. If, however, such a desire has indeed been planted by God as a means of their achieving salvation, don’t thwart it by trying to persuade him first to finish school or experience life in the world. Bring to mind the countless number of monastics, both men and women, whose spiritual legacy has so greatly enriched our holy Orthodox Church. If your child has the desire and determination to follow in their steps, however weakly, bless him, let him go. And may this blessing be also unto your own salvation and that of others. 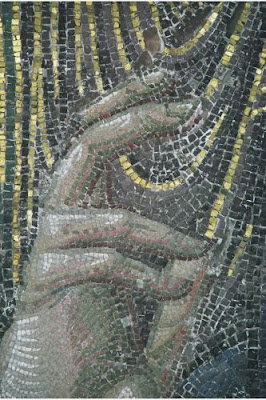